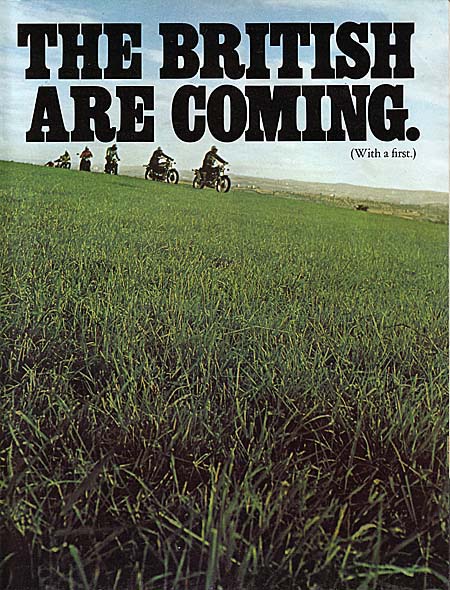 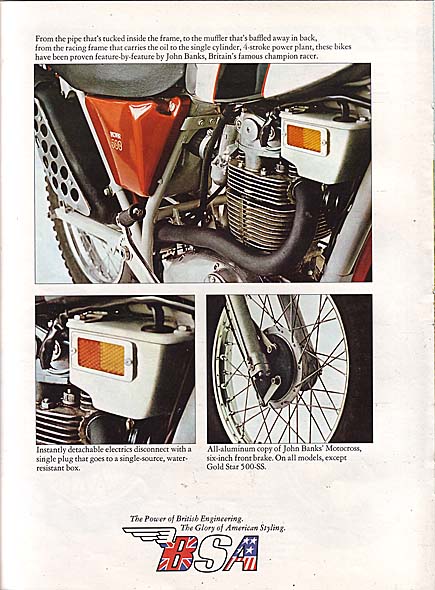 Five Trail Bikes that BSA was offering to the public in 1971. 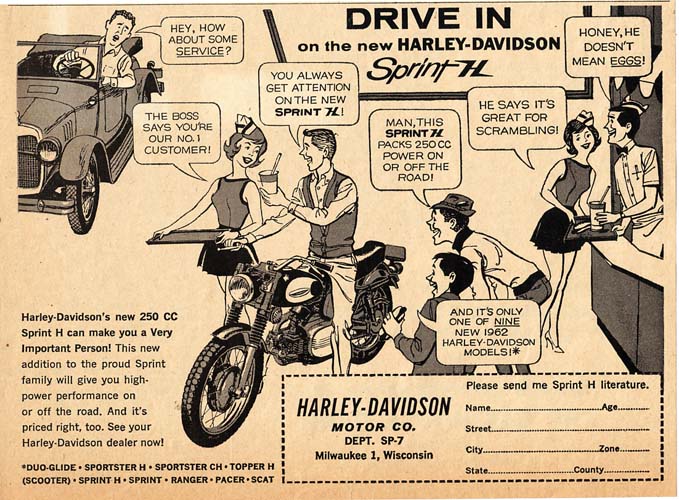 The ad has a drawing of a Drive-In Restaurant where the car-hops are all paying attention to the young man sitting on his new Sprint H. The ad headline claims that you can "Drive In on the new Harley-Davidson Sprint H". 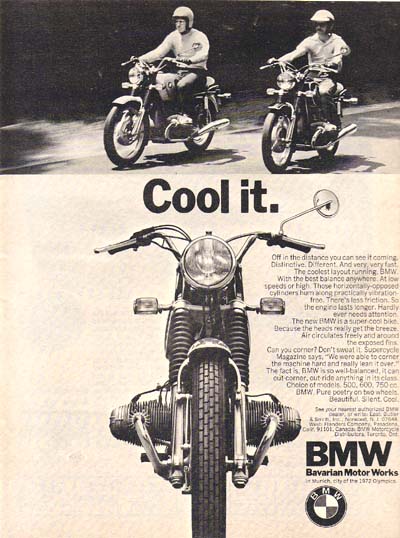 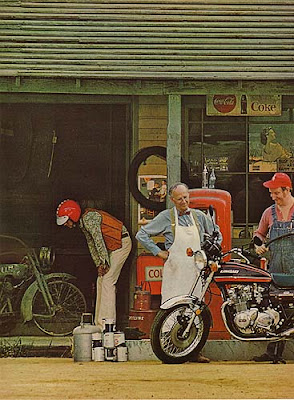 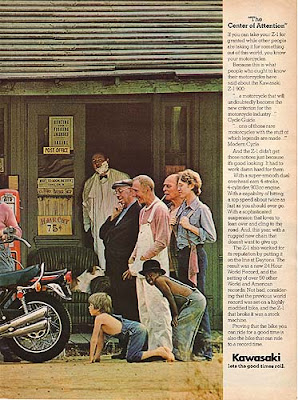 The ad has a photo of a man who has ridden his Z-1 to the gas pump at a small town station. As he stands admiring an antique motorcycle in need of restoration in the bay of the station the rest of the townspeople stand admiring his motorcycle. The ad headline calls it "The Center of Attention". 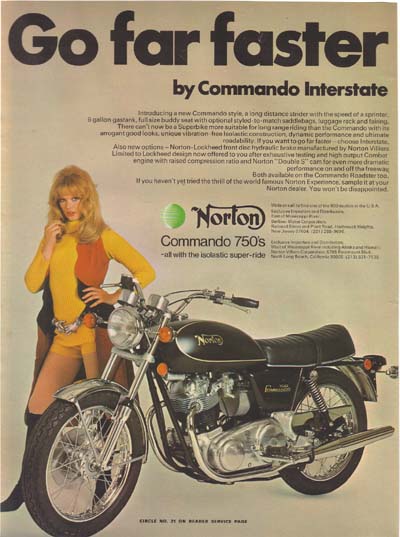 The ad headline describes it as "Superplus! the newCommando 850" .