Turn on your own thunder 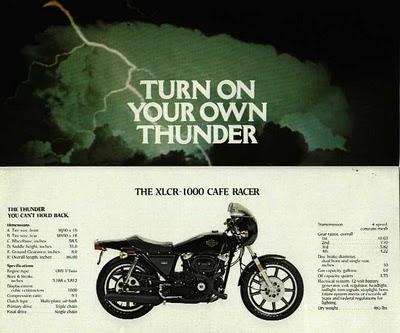 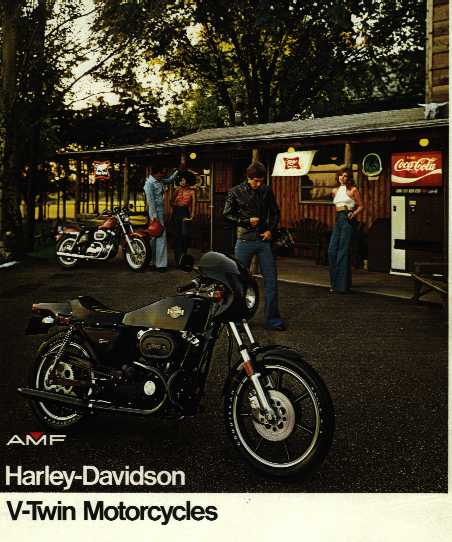 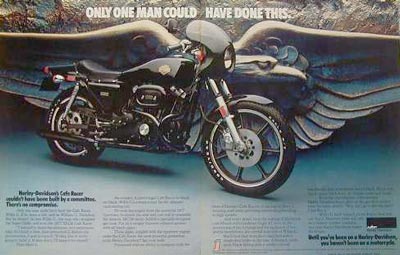 In 1977, the XLCR — whose design came from the pen and back-shop labors of Willie G. Davidson himself — was hailed as a beautiful design and an instant collector bike, but hardly anyone bought one. The XLCR was built only in 1977 and '78, and only 3123 copies were made.
Harley buyers went for the more traditional and useable Super Glide, while cafe-racer types found faster and more sophisticated fare in bikes such as the BMW R90S, Kawasaki Z-1, Guzzi V7 Sport or Ducati 900SS. Solo seating didn't help sell the XLCR, either, though Harley came out with an optional dual saddle and axle-mounted passenger pegs in 1978.
Strangely, none of this seems to matter now as much as it did then. If the Harley Café Racer was a little elemental and old-fashioned in 1977, its short comings gradually seem less important with the passage of time.
No one buys an XLCR these days as an only, all-purpose motorcycle. If we really want to go somewhere two-up, or to race the backroads solo, there are legions of newer bikes that are far better than any of the XLCR's competition from 1977.
Take away those period comparisons, and all you have left is a charismatic vintage bike that is beautiful to look at and exciting to ride, even now.
Willie G's Café Racer may have finally reached that magical age where a bike no longer needs to be better than some other venerable thing to justify itself. It only has to move the soul.
Pubblicato da Alberto a 12:05